A burglary last week at a downtown Peoria gun store has heightened police concerns about the number of illegal firearms on the streets and increasing gun violence in the city.

Peoria Police Department interim chief Doug Theobald notes a large percentage of guns used during the commission of crimes across the city are stolen.

“The volume of guns is something that we’ve seen a noticeable spike on,” he said. “The seizures of illegal firearms — what we consider illegal firearms, meaning the person that has them is not supposed to have them, or the gun’s been stolen — we’ve seen a noticeable increase over the past couple of years, and I think that coincides with the spike that we’ve seen in shootings over the past couple years.”

Peoria has recorded 16 homicides so far in 2021, setting a pace to top 20 for the third time in four years. Theobald said addressing the trend of escalating gun violence, particularly during the summer — and perceptions that it’s accepted as a common occurrence — is a major priority for the PPD.

“We certainly shouldn’t be getting used to that by any means,” he said. “But in summer, generally we’ll see a spike in a lot of different kinds of crime. Over the warmer months, more people are out and about, and I think when it comes to the shooting aspect of it, that trend of violence — the street violence, if you will — it’s just that: the people are interacting more outside.”

Theobald said many of the illegal guns on the street are obtained during burglaries, from both gun shops and private residences or vehicles.

“When gun stores get burglarized, they’re taking numerous guns at one time and then those end up being, one way or another, illegally distributed out on the street,” said Theobald, who is expected to make a presentation at Tuesday’s Peoria City Council meeting on how gun stores might prevent future burglaries.

“The one-off situations where maybe a car’s broken into or house is broken into, there may be one gun or two guns stolen. So, there’s a difference there and it’s combination of both.”

Second District council member Chuck Grayeb said that while stores are mostly successful in protecting their inventory, he said the current camera requirement is “pretty passive” and more protection might be needed.

“We want to make it harder for them to get any significant stash of weapons that they can run with,” said Grayeb, advocating for advisory measures calling on store owners to protect weapons with safety cables, padlocks, and vaults.

Theobald agreed the video surveillance hasn’t been enough of a deterrent.

Corey Brooks, the suspect in Wednesday’s early morning robbery at Pinnacle Guns and Ammo, 701 Main St., was armed when he was arrested during a traffic stop later that day. He could face federal charges in the incident.

“It’s a big business, it’s too easy to get them,” Jackson said of stolen guns. “So we have got to do what we can to hold the gun shop owners accountable in terms of making their businesses more secure.

“People look for opportunities to break in these places and get as much as they can, because there’s a demand for it on the street, so we’ve got to do whatever we can to curb the sale of illegal guns and ammunition, not just in Peoria, but around the country.”

Fourth District representative Andre Allen said gun theft in other cities is affecting the local area as well, pointing to the robbery of a Galesburg firearms store last year with those weapons later found in Peoria.

Allen agreed examining safety measures at gun stores is a step toward accountability that also helps the businesses. 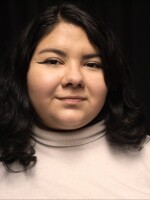