The founder of the Peoria Music Community Women’s Cooperative Facebook page says the dearth of women musicians in Peoria was one motivation for her to start the page — which has expanded to in-person meetings.

Sarah Marie Dillard of Sarah & the Underground is the new admin for the Peoria Music Community page. She spoke with WCBU's Jon Norton in this lightly edited interview about the cooperative.

WCBU: You also said befriending other women in the scene was a challenge. How so?

Because it is set up in such a way, not just in our music community, but in many music communities, it's set up in such a way that our male colleagues love to quietly put us in competition with each other. Not just the way that we would normally be in competition with anyone, including our male colleagues. But putting women in competition with each other as if there's only one spot available. So, when you did meet another woman in the community, it was hard to be friends, because you immediately felt like you were supposed to be hostile to one another.

Do you think that comes from how both men and women are socialized to view women in our society? Or do you think it's more specific to the Peoria music community, subtly or not?

I do think it's more of a generalized thing that we're … that's a good way to put it, that we're socialized in such a way that we've felt that we need to compete with each other. And again, the scarcity mindset comes to mind. So, I don't think it's a Peoria only problem. But just because it's not a Peoria-only problem doesn't mean that we can't work on it in Peoria.

So that is one reason that it was important to me to form the women's co-op. So that one, we could find each other. But also, when we found each other, we will be in a very safe, friendly, non-competitive community environment, where supporting each other is the standard, because our co-op sets that culture

You've had two in-person meetings. What are some of the questions or subjects or topics that people really wanted to talk about?

Because of how many new people attended who didn't know each other, a lot of the meetings were spent on introductions. Here's my name … This is my band … Here's how you can follow us. We have been sharing struggles about responses to the women's co-op forming. We've been sharing about business issues we've been having that we needed advice on. We've been sharing about events that are coming up that we're really excited about. And one thing it is really important to me to highlight in every meeting is something that each of us wants to celebrate. So, we've been celebrating a lot of our wins and cheering each other on and building that momentum. So, it's not all sad, sad, sad, it but it's good, good, good.

In those meetings, have you gotten been able to get into something a little deeper about the music's business specifically?

One of the things I'm really excited about which each meeting is going to direct is the location of that meeting. So, we are switching locations with every meeting. This past meeting, we got a private after-hours tour from the amazing Betty Jayne Brimmer Center for the Performing Arts in Peoria Heights, named after an amazing woman performer. And that is operated by an amazing woman in our Peoria music industry named Jenny Parkhurst. She was kind enough to welcome us in to give us a private tour of the facility and to give us the history of the facility. And she is the talent buyer. That is one of the amazing things about these meetings. Not only will members be touring facilities they might not have seen before and getting inside looks behind the scenes, but they're also going to be meeting talent buyers they haven't met before, they're going to be meeting venue owners and managers they haven't met before.

My personal goal is for everyone who attends every meeting to leave with a new business partner. So even if we tend to go on the personal journey side, rather than focusing on professional celebrations or professional struggles, there will still be music, business elements at every single meeting simply because of our setting, because of our opening networking session. And because of the tours and the inside information we're going to be receiving from these venue and facility operators.

This is a women's group. But could you speak to how men can be allies?

Specifically, watch out for ally events because we are going to have certain meetings where allies are invited to learn more about the schemes we're cooking up, and how they can help us in a more committed way.

But other than watching out for those events, a great way to support the women in our music community is to think of them as your favorite artists. And how do you treat your favorite artists? They're the first you look up on your streaming platform, they're the first people you tried to go see if you have a night out. They're the first people you tell your friends about. And that doesn't mean you can't keep promoting your favorite male musicians. But that's my encouragement to say, “maybe just move us up in your mental cue.” And in your day-to-day music, relationship, your relationship with music. And when you hear someone in your community talking about women like they're less than whole or less than deserving, that is the time to shut it down. Whether it's awkward, or there's gonna be a pause or a silence afterwards, or maybe they're your friend, or maybe there's someone you've never met before. It is worth that social awkwardness for that one moment to shut down that person. Because if they're still saying those things out loud, chances are no one else is shutting them down. So please be that person.

Well, we know what the women in our community are missing. Because you just said the word: they're missing their own representation. They're missing hearing songs coming from their experiences from their heart from their voice. They're missing out on a lot of cool musicians that they would love to listen to. A lot of amazing songwriters were sitting at home, playing what could be the most incredible song you've ever heard, but because no one's giving them stage time, no one's gonna hear it for a really long time.

Sarah Marie Dillard says in-person meeting of the Women’s Cooperative meetings occur on the last Sunday of every month from 3:00 – 5:00 p.m. with intermittent group outings in between monthly meetings. This next meeting is Sunday, July 31 from 3:00 – 4:00 p.m. at Three21 Studios in Peoria. 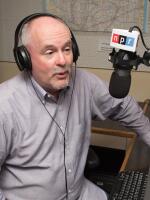