This November’s ballot will contain a question posed to Peoria Township voters about turning the responsibility of federal and state redistricting over to an independent citizens’ commission.

The non-binding referendum will show policymakers how Peoria residents feel about the issue of gerrymandering in Illinois and bring attention to citizen desires regarding the drawing of district maps.

Previous efforts to get this type of language on the ballot include the People Powered Fair Maps, campaigned for by the League of Women Voters. According to their website, the U.S. Supreme Court ruled that there is no fairness test for drawing district maps.

Schafer says that this is a non-partisan effort to show the importance of the issue in a large Illinois township.

“Libertarians, greens, Republicans, Democrats, all people have said before that they do want fair maps," he said.

The hope for this referendum is to bring attention to the district representatives about this issue.

“The state legislature has to take the initiative to pursue this,” Schafer said. “And we're also hoping that, you know, if this is successful in Peoria, that other townships could do the same thing, other citizens groups that go to township meetings, and also pass public advisory questions and tell their legislators that it's still a concern of the citizens.”

Only Peoria Township residents will have the opportunity to answer this question, but the guidelines established on the Peoria Area Green Party website can be used to propose further referendums in other townships, Schafer said. 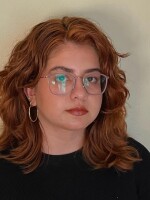