The most wonderful thing about public broadcasting is the mandate to serve in the public interest, and with that comes the need to be as transparent as possible. As WCBU moves forward, we're going to proactively communicate with you. You should know what we're doing and why we're doing it. It's in that spirit I write this open letter to the Central Illinois community.

First, as shared a few weeks ago, WCBU is staying in Peoria with Peoria-based staff.

We’re excited to introduce you to some new names and faces:

Tim Shelley will serve as WCBU's Digital Content Director and newsroom Assignment Editor. He's a Peoria native and a Bradley University alum and comes to WCBU from WEEK/WHOI. He brings solid news experience and a great vision for WCBU's social media and website strategy.

Dana Vollmer joins WCBU as a reporter fresh off wrapping up her master's degree working as a Statehouse reporter for NPR Illinois in Springfield. She has previous experience as a reporter at WNIJ in DeKalb.

Joining these folks are some WCBU veterans: Daniel Musisi has been promoted to Morning Edition host. Cindy Dermody will continue in her role at WCBU's Corporate Support Director. Kristin McHugh and H. Wayne Wilson will also stay on to continue their work in the newsroom. We plan to hire another full-time journalist this fall.

Effective June 3, NPR's Here and Now will air from noon until 3, with All Things Considered airing from 3 until 6. Dropping The Takeaway and The World are part of our effort to bring WCBU's expenses for national programming in line with its revenue. We’re also excited to welcome World Café to the evening lineup from 7-9 p.m.

Soon, you will be able to hear WCBU-HD2's classical music service on 103.5 FM in Peoria. It will also continue to air on WCBU-HD2. We expect this to happen within a week or two and will share another announcement then.

Sometime later this summer when WCBU moves from Jobst Hall to its new home in Morgan Hall, we will bring WCBU's national program lineup into alignment with WGLT. This saves us money in both rights fees and operational expenses. Local programming will remain unique to each station. For example, each station will air its own local newscasts, Peoria City Council meetings will air only on WCBU, and Sound Ideas will air only on WGLT.

A debt of thanks is owed to the entire WCBU staff for keeping the station moving over the past several months in extremely stressful circumstances. Their professionalism is to be applauded. Also, thanks to those in Bradley University administration for working to make sure this community asset has a future, and to those in Illinois State's administration for agreeing to take on this important partnership. Lastly, thanks to WCBU's Associate Board and its president Ambra Haake for all their patience and guidance.

I look forward to hearing your feedback, and I realize not all of these changes will be welcomed by everyone. That said, these changes are all squarely in line with WCBU's goal to provide the Peoria community with very best public radio service it can afford—one that reflects Peoria's unique strengths and challenges. We're going to place more emphasis on local coverage because there's a need for it, and I believe WCBU has a responsibility to meet that need. Our plan is to grow. But none of that can happen without your continued support.

I can be reached anytime at RCMcBride@illinoisstate.edu. I welcome an ongoing dialogue and look forward to our time together. 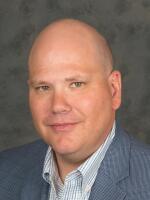