Makers of generic pharmaceuticals are pushing back against an attempt to regulate prices in the industry. Several Illinois lawmakers are pushing to hold the companies accountable for what they call “price gouging.” But opponents say regulation is not the answer.

Carrie Hartgen is with the Association for Accessible Medicines. She says the proposal overlooks large pharmaceutical companies that impose price hikes on patented drugs, and instead picks on the smaller industry.

“Remarkably the bill dodges that critical challenge of bringing down prices of sole-source brand name drugs which can cost hundreds of thousands of dollars per year for a single patient." Hartgen says.

The measure would allow the Illinois attorney general to investigate if a price increase goes above a certain level. Companies can avoid penalties if they can show the hike is because of increased manufacturing costs. 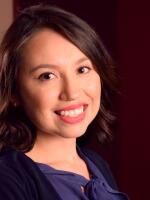