Lawmakers wrap up session with early-morning passage of $46.5 billion budget

Illinois lawmakers worked until the early hours of Saturday to pass a $46.5 billion spending plan for the upcoming fiscal year, as well as a $1.8 billion package of mostly-temporary tax cuts that Democrats said are intended to soften the impact of inflation on working families.

The final proposals surfaced around 9 p.m. Friday, the same time the bills were being discussed by the Senate Executive Committee. Republicans took issue with the late filing of the more than 4,700 pages of legislation outlining spending and tax policy for the upcoming fiscal year that begins July 1.

“Everybody in this room knows it's damn near impossible to know what's actually happening here without a bill being filed,” Sen. Chapin Rose, R-Mahomet, said at the hearing that concluded after 10 p.m. “How do you possibly begin to ask questions about something that doesn't yet exist?”

Democrats didn’t directly answer, but the numbers discussed at the evening hearing and later in floor debate were generally the same ones announced by Gov. JB Pritzker and Democratic leaders in the General Assembly during a Thursday afternoon news conference.

Lengthy negotiations between the governor and the leaders occurred throughout the week. A House proposal containing a budget framework was introduced Tuesday night and brought to a House committee Wednesday. But it was not the package that passed by the time lawmakers adjourned.

After 3 a.m. Saturday in the Senate and 5:30 a.m. in the House, lawmakers approved House Bill 900 appropriating funding, House Bill 4700 as what is called the budget implementation bill, and Senate Bill 157 laying out the tax relief proposal and revenue-related measures. The spending plans passed the House. It passed both chambers without Republican support, while the tax relief proposal passed with all but a handful of lawmakers supporting it between the two chambers.

Sen. Michael Hastings, D-Frankfort, in the Senate Executive Committee hailed the tax relief package as “probably one of the largest savings to taxpayers that we've seen in the last decade.”

All but a handful of Republicans voted for the measure, but the GOP criticized it for consisting of mostly temporary tax relief.

The package would include $50 checks sent to Illinoisans earning less than $200,000 annually for single filers and $100 checks for those filing jointly and earning less than $400,000. Families would also receive $100 per dependent up to three.

It would also permanently expand the earned income tax credit to 20 percent of the federal credit, up from 18 percent, at a cost of roughly $100 million per year. It would extend EITC eligibility to noncitizens who have an individual taxpayer identification number rather than a Social Security number.

It also calls for doubling the property tax rebate to qualifying homeowners, up to $300 per household, suspending a 2-3 cent motor fuel tax increase for six months, and suspending a 1 percent grocery tax for a year.

The motor fuel tax is the main funding source for road construction projects, so revenues lost from it would be replaced from other state funds.

The budget would also suspend the sales tax on back-to-school items and qualifying clothing items for a 10-day period, Aug. 5-14.

The Fiscal Year 2023 spending plan also provides for the statutorily required $350 million in additional funding for public schools through the Evidence Based Funding formula that was originally adopted in 2017. Higher education would see increases as well.

The portion of the state’s income tax going to local governments would increase from 6.06 percent to 6.16 percent.

It directs $1 billion to the state’s “rainy day” fund, which had been spent down to essentially nothing during a two-year budget impasse between Republican former Gov. Bruce Rauner and legislative Democrats. Another $929 million was dedicated to paying back interfund borrowing.

Sims brought up the impasse during floor debate to contrast the current budget from the two-year period that crippled state finances.

“(The budget) is built on and based on revenues that were higher than expected in the current fiscal year which will allow us to do some very innovative and positive things for the people of the state of Illinois,” Sims said at the earlier committee hearing.

Rep. Greg Harris, D-Chicago, also invoked the impasse during his floor speech in praising the budget.

The stronger-than-expected revenue performance created a surplus for the current year and led to increased projections for the upcoming fiscal year that begins July 1.

That was due in part to pandemic-triggered shifts in consumer behaviors that led to more spending on taxable goods than services which are not taxed in the state, increased federal unemployment benefits which are taxed at the state level, and increased tax revenue due to higher-priced consumer goods relating to inflation.

Those and other factors led to higher performance of sales tax and both personal and corporate income tax revenues, according to a presentation last month from the Illinois Department of Revenue.

“And when this one-time revenue dries up, the only thing you'll know how to do is go back and raise taxes yet again,” he said.

A surplus from the current fiscal year funded a large portion of some of the taxpayer relief measures and was also the source for an earlier debt reduction plan passed last month.

That plan included $1.4 billion to pay down state debts and allocated $2.7 billion in federal funds to partially pay down a $4.5 billion hole in the Unemployment Insurance Trust Fund.

That debt repayment action directed nearly $900 million from a current-year budget surplus to paying down past-due group health insurance bills, as well as $300 million in added pension payments and $230 million to pay off the debts of the state’s College Illinois program.

The budget approved Friday would add another $200 million to the pension fund beyond statutory requirements, bringing the total added investment this session up to $500 million.

Still, the proposal left an unaddressed $1.8 billion hole in the Unemployment Trust Fund, and lawmakers did not take major action to address it. They did, however, push back major insurance premium hikes on employers and benefit cuts to people collecting unemployment until January to allow more time for negotiation.

Final budget bills are typically among the last bills lawmakers pass before adjourning a legislative session, and this year as no different. What was different was the fact that the session ended in early April rather than the end of May.

The shortened schedule was largely due to this year’s election calendar being pushed back because of delays in releasing 2020 U.S. Census data, which in turn caused a delay in the decennial redistricting process.

As a result, this year’s primary elections, which normally would have been held in March, were pushed back to June 28. The shortened legislative session now gives lawmakers and other candidates for state offices more time to campaign ahead of the primaries.

And Republicans charged that the majority party’s budget conveniently scheduled much of the tax relief to expire after the election season.

“Let’s call this budget what it really is—an attempt to buy your vote,” Senate Republican Leader Dan McConchie, of Hawthorn Woods, said in a statement.

Capitol News Illinois is a nonprofit, nonpartisan news service covering state government that is distributed to more than 400 newspapers statewide. It is funded primarily by the Illinois Press Foundation and the Robert R. McCormick Foundation. 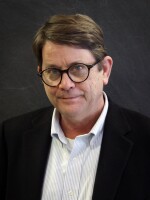 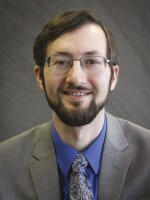