Lead Poisoning Is Killing Illinois Bald Eagles; Hunting Ammunition Is the Cause

Hog Capital Wildlife Rescue and Rehab in Kewanee has taken in three bald eagles with confirmed lead poisoning from across Illinois in recent weeks. All three of them have since died.

Tamara Yarger, president of Hog Capital Wildlife Rescue and Rehab, says the main cause of the lead poisoning are hunters using lead ammunition, who then leave the remains for other animals to find.

"Sometimes when that lead goes in it will bounce off the bone and it will shatter, and go into the internal organs," Yarger said. "That field dress then contains the lead fragments from the ammunition, and that's what's basically killing our bald eagles."

Yarger said when eagles are found with lead poisoning, they are usually too sick to save.

"They all had classic lead poisoning symptoms. Very lethargic," she said. "One had her head completely twisted around, and she was looking up at the sky. One, you just walk up to him and pick him up. And the other one just literally fell out of a tree and just sat there."

Yarger said lead-free ammunition is a key way to save these animals.

"I think that the basic thing that we need to look at is educating people that when they're looking for ammunition, they need to look for something that is lead-free. This lead is such a factor in killing our beautiful nation's birds. They've come so far from being on the endangered species list," she said.

"And now two-thirds of our nation's birds are dying from lead poisoning. Just be aware of what you're purchasing."

Community support is the greatest funding source for WCBU. Donations from listeners and readers means local news is available to everyone as a public service. Join the village that powers public media with your contribution. 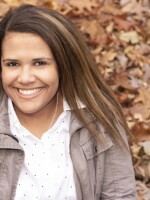