WCBU's On Deck has everything you need to know to start your day for Tuesday, Aug. 9, 2022. You'll hear about a Canton father who claims YouTube's algorithms targeted his young son with viral videos that ultimately influenced him into attempting a prank which left him with permanent brain damage. Plus, an interview with the ACLU of Illinois about racial disparities in traffic stops. 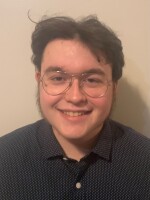