An astronaut tells NPR what life is like on the ISS

Depending on where you are in the world, the International Space Station could be zipping over your head as you hear this. The space-based science lab orbits about 250 miles above the planet. And NPR's Short Wave podcast recently talked with NASA astronaut Josh Cassada, who's up there right now. He maintains the station, runs experiments and does the occasional spacewalk.

REGINA BARBER, BYLINE: Recently, I got to do something I'd only dreamt of - talk to an astronaut who's hanging out on the International Space Station, that global party house and space lab orbiting Earth 16 times a day.

Station, this is Regina Barber with NPR's Short Wave podcast. How do you hear me?

And the biggest question of all for a day in the life on the space station? Astronaut food, which in my book is definitely as important as all the science.

CASSADA: We do share a lot of different foods when we can. You know, on Christmas Eve, we made pizza, slicing really thin slices of Romano to put on a pizza crust with some sauce. And it turned out much better than we had expected. So we definitely overate on Christmas Eve.

BARBER: Since we're a science podcast, we want to know, like, what science is happening on the ISS?

CASSADA: At any one time, there are literally hundreds of experiments going on. And so we are essentially the eyes and ears and hands of the researchers on the ground as we hop from one experiment to the next, as well as juggling that maintaining of the space station job. But yes, we are currently right now growing dwarf tomatoes. And we just started that, I want to say, two weeks ago, and they are already taking off. What's really interesting there is we're using a variety of different lighting and soil conditions so that we can optimize that for future missions.

BARBER: So what is the biggest challenge with growing these plants in very low gravity?

CASSADA: You know, the first time I took these out and essentially started the process - they come up in pillows of different kinds of soil. And I think it's containing that soil. You know, it doesn't take much to have just a little bit of a hole there, and then the soil starts coming out. And so I had to be a little bit proactive. And I'm making sure that stuff didn't - just didn't get all over the cabin. As you can imagine, it can get to be a mess in a hurry.

BARBER: Next up, let's talk about physics because I'm guessing that maybe what you're most excited about, since we're both physicists - what kind of physics experiment are you doing up in the ISS, and what are you most excited about?

CASSADA: My favorite one is the Alpha Magnetic Spectrometer. It's a big detector that's on top of the space station. And what it's doing is it's just sifting cosmic rays, looking for signatures of antimatter and dark matter. And, you know, it's gotten some really exciting physics results in that we found this excess of positrons, which, as you know as a physicist, you know, when you find something that's unexpected, it's a signature, potentially, of new physics. And that is always exciting in our line of work.

BARBER: Wow. And I wanted to ask you about your spacewalk. Like, I just watched you go on a spacewalk recently - seven hours long. Can you tell us what that was like?

CASSADA: Yeah. It is the coolest and somehow the dumbest thing that human beings do. You're out there thinking, oh, my gosh, I cannot believe this is what we're doing. You've got your head down, and you're working. And you take a peek at the backdrop, and, you know, it just doesn't feel real. It's just amazing to see that gorgeous planet go on below us.

There's a point where your brain, just for a half second says, nope, I'm not doing this. We're putting our foot down. We're not doing this. But, you know, you see it. You take your path, and you fall back on your training. And you know all the people on the ground are making it happen. And it's an amazing, amazing machine to be a part of.

BARBER: This has been amazing - dream come true. Thank you so much, Josh.

CASSADA: Regina, the thanks are all mine.

SHAPIRO: That was Regina Barber of NPR's Short Wave podcast talking with NASA astronaut Josh Cassada. You can check out their full conversation on the podcast Short Wave. Transcript provided by NPR, Copyright NPR. 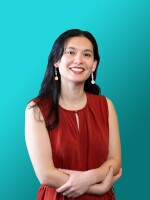